Pecans are one of America’s oldest, most beloved snacks. They are tasty, natural treats grown deep in the southern heart of the country. The southern United States has a winning combination of mild weather, good soil, and plenty of fertile land for these nuts to grow. Because of this, some in the south have taken to the land to give it the care and attention it deserves. In return, they harvest bountiful crops of pecans to share with the rest of the nation.

One of the best pecans in the country is the Cane River pecan. But what is it about this variety that makes it so unique? 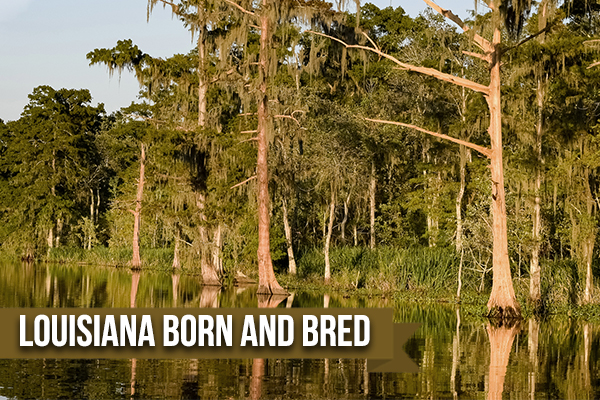 Cane River pecans come from the state of Louisiana, where Cane River is located in Natchitoches Parish. In state terms, a Louisiana parish is the equivalent of a county in most other states. Natchitoches is famous for its cultural diversity, with the area being a significant seat of Creole culture. This is the distinct demographic descended from a mix of French and Spanish colonies, with unique traditions and dialects.

Like other parts of Louisiana and the southern states, Natchitoches Parish has its fair share of history as well, with classic examples of plantations dotting the area, such as the famous Melrose Plantation. However, it is the Cane River itself—a part of the much larger Red River that meanders through Texas and Arkansas before arriving in Louisiana—that attracts many.

On the shores of this river, agriculture has been a successful venture for people with green thumbs. So it should be no surprise that, with high-quality crops coming from the Cane River region, someone realized that pecans would thrive there as well. Eventually, farmers started growing and harvesting Cane River pecans in the area.

Unlike many foods and snacks consumed by Americans, nuts such as Cane River pecans are not a cultural import. The British and French brought many of their recipes from Europe to America, such as meat and potato dishes that Americans enjoy even to this day. But the pecan is a domestic nut that was originally found only on the North American continent. So when Americans eat pecans, they’re eating one of the few natural snacks that are 100% American in geography and tradition. The steak may be a classic American import, but the pecan is not. To this day, 80% of the world’s pecan crops are still grown in the United States.

Fortunately, American farmers have patience and foresight. The pecan is produced from an American variant of the hickory tree. The pecan industry involves family businesses passed down through generations because it takes ten years for a tree to reach full production maturity. However, once it does, if the right farmer looks after it, it can survive for over 100 years.

The Natchitoches Parish is home to more than one local business that has made the fertile shores around Cane River a site for successful pecan farms. This is an area that is perfect for the quiet but diligent work of taking care of crops for years, understanding how the land works, and giving it what it needs to yield fruitful crops.

That is why we’re proud to be a Natchitoches pecan business. For many years, Natchitoches Pecans was our name before we became the Little Eva Pecan Company. We’ve made it our goal to grow some of the best pecans in the world, and we’re committed to ensuring that people get to enjoy pecans in as many different ways as possible.

Cane River pecans come in a wide range of forms. If you prefer them in their most natural state, they can be bought and consumed with their shells still on. They can also be purchased with their shells removed for more convenience. However, we prepare pecans in other ways as well, such as in candied form for those with a sweet tooth but still want a healthy snack. You can even use pecan oil as an ingredient for baking and cooking.

If you live in the continental United States, you can get free shipping on these products and others, such as corporate gifts and pecan-related items. We know that a lot of folks who love the taste of Cane River pecans can’t always come to Natchitoches Parish to satisfy their cravings, and we don’t want anyone to miss out. Place your order for our pecans today, and we’ll have them delivered right to your door in no time at all.