Most recipes involving pecans, or any nut for that matter, almost always asks for toasted nuts. Why is this?

Where To Buy Pecans Online?

There are three simple ways to toast pecans. Here they are: 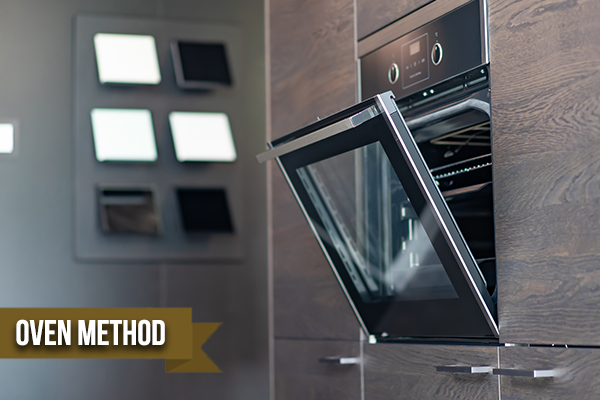 The traditional method of toasting nuts in general is to pop them in the oven. This is especially great if you are toasting big batches of pecans. They’re easier to get right, too.

To toast pecans in an oven, simply preheat the oven to 350˚F. Line a baking sheet with parchment paper. Then, spread your pecans evenly—no overlapping. Bake the pecans for 5 to 10 minutes. You will know they are toasted when the pecans have darkened by two shades and the aroma of pecans overwhelm your kitchen.

Once done, transfer the pecans to a cooling rack. You can store them in an airtight container after or use them straight for your recipe.

If you need to toast a handful of pecans for a quick recipe, you don’t need to preheat your oven. You can toast your pecans on a skillet instead. Toast the pecans over medium heat for five minutes. Toss and shake the pecans at least three times throughout the five minutes.

Once done, transfer the pecans onto a cooling rack or a paper towel and allow to cool down.

If you’re really in a hurry but need toasted pecans, you can also toast them in the microwave. The microwave method is, of course, not the best method, but you never know when you’ll need it.

To toast your pecans in the microwave, line a microwaveable plate with paper towel. Spread the pecans in a single layer. Then, set the microwave on high for one minute. Do this two to three times until you are satisfied with the color.

You know where to buy pecans online. It’s up to you whether you want roasted or raw in-shell pecans.