Pecan pie is a classic American pie that people love no matter the season. Though it rivals pumpkin pies during Thanksgiving, pecan pie can also be seen on tables during Christmas and New Years, as well as many other special occasions. How did pecan orchards in Louisiana emerge and, more importantly, how did the beloved pecan pie come to be?

The Origins Of Pecan 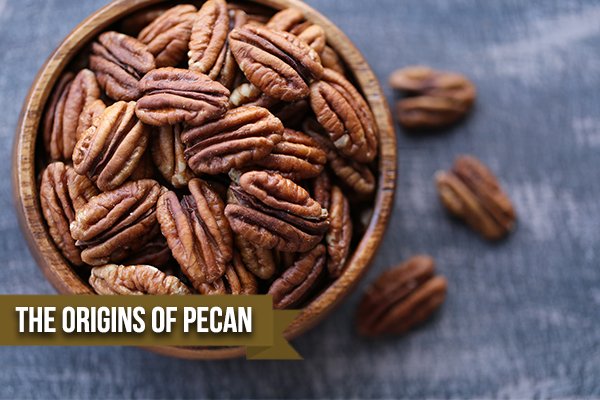 The pecan nut is the main ingredient of the pecan pie, as its name suggests. Pecans are native to North America. They were propagated by the Native Americans in the Texas, Iowa, Indiana, Nebraska, and Alabama area. In fact, its name comes from the Algonquian word describing “all nuts requiring a stone to crack.” Pecans were not grown in Louisiana until the 1800s when grafted pecan trees were introduced in the state, starting the booming industry of pecan orchards in Louisiana. Today, Louisiana is one of the most important producers of pecan in addition to Georgia, Alabama, and Mississippi.

The History Of Pecan Pie

Pecan pie is believed to have originated in Texas and may have been around before it started appearing in cookbooks. Experts say that people have been baking pecan pie since they got ahold of it. However, the earliest appearance of this beloved dessert in a cookbook is in the 1870s in Texas, but it was only in the 20th century that the recipe began appearing in recipe books outside of the state.

Sources say that the nationwide popularity of pecan pie is owed to Karo Syrup, a manufacturer of corn syrup that opened in 1902. Corn syrup is another primary ingredient in pecan pie as it is used to sweeten and hold the pie together. Karo Syrup printed recipes of the yet-to-be-famous pecan pie on cans of corn syrup, inviting families of the time to try it out. Lo and behold, pecan pie became a hit to American families and have been a staple ever since.

There are a few variations of pecan, one of the most popular of which is the variety grown from pecan orchards in Louisiana. Try our pecans the next time you’re making your mom’s pecan pie.