Pecan farms require a lot of time and effort on the owner's part to grow and harvest high-quality pecans for consumers.

Parts of the Pecan 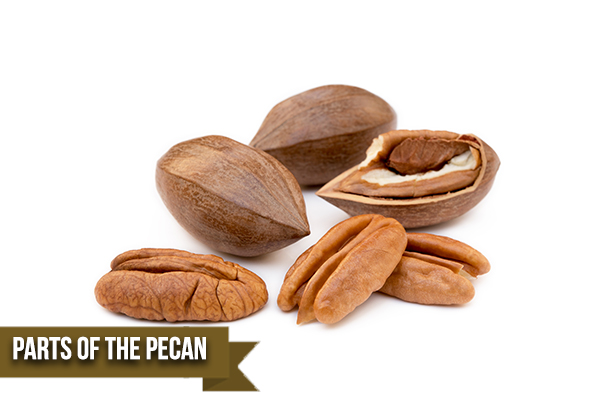 Before we get to harvesting, it is important to know the different parts of the pecan that pecan farms deal with. First, pecans are not truly considered a nut. They are actually a drupe or a small fruit with a single stone or pit surrounded by a husk. The nut part develops from the endocarp, and this is what contains the seed.

Before pecan farms started farming commercially, the pecans were harvested when they ripened and fell to the ground. Now, pecan farmers don't have to wait around for this to happen. Instead, they have machines that grip the trees and can shake the fresh pecans loose from the branches. The pecans will then usually lay in the orchard for a few days to dry before they are processed.

Once the pecans are dry, they are taken to a sorting facility where the good harvest is separated from everything else, including sticks and other debris that might have fallen off the trees with the pecans.

Some people prefer their pecans with the shells intact, and in this case, they won't have to go through the shelling process.

To get the pecan halves out of the shell, the pecans go through a shelling process. A pecan is made of two halves, and there are whole pieces of pecan in each shell. The harder outer layer is cracked open during the shelling process, and the pecan inside is separated.

Sometimes the pecan halves break up into several pieces during the shelling process and are often sold as finer pieces of pecans instead of pecan halves. However, they are no less delicious and still work well in your pecan recipes.

As you can see, pecan farms go through a lot of work to ensure they provide you with only the best and highest quality pecans, from planting to harvesting. So, next time you are on the hunt for delicious pecans, remember all the hard work and effort that went into the process.