Of all the nuts you could include in a gift basket, you’d be remiss not to include local pecans. Aside from their reputation as a fancy present to give away during the holidays, pecans are also steeped with American heritage and history. In this short article, we take stock and pay homage to the cultural significance of local pecans.

The Importance Of Pecans In Pre-colonial America 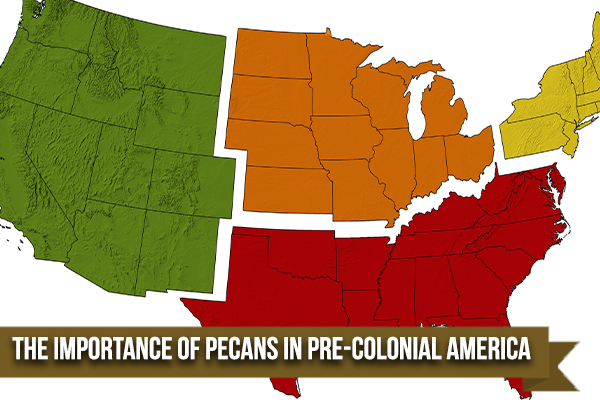 Did you know the word ‘pecan’ itself has American roots? It’s been traced back to the native Algonquin word ‘pacane’, which was used to describe nuts that require a stone to crack. Natives from the eastern and central regions of North America began cultivating local pecans as the nut played an important part in their culture and trade. So valued for their taste and nutritional value, pecans were even used as currency by the Native Americans for a time.

A fun little tidbit is that some native tribes are also believed to have used pecans in making a drink that was fermented called ‘powcohicora’. If you think this word sounds familiar, that’s because the word ‘hickory’ was derived from it.

During the 1700s and early 1800s, European settlers picked up the pecan craze. The demand for the delectable nut was so great, that entrepreneurial settlers began putting up pecan orchards and farms to keep up supply. This commercial scale cultivation of pecans gave birth to an industry that carries on to the 21st century.

With pecans grown in over 15 states, we can say that their cultivation and production is pretty significant to the national economy. US pecan exports have grown considerably over the past few decades, ensuring that the industry is here to stay.