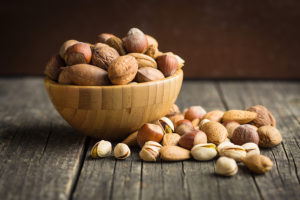 Most people enjoy nuts if allergic reactions aren’t part of the equation,and there’s a good reason for this. Not only are nuts healthier than packaged, processed snacks, they are still tasty, and small enough that can make a great between-meal supplement without adding too many calories.

But nuts, aside from their shapes and colors may have many big differences. Even when general characteristics are the same, something like Louisiana pecans and one of the most recognizable nuts in the USA, the peanut are worlds apart. It’s true that both are small, have shells, and have an edible portion inside that shell that needs to be accessed by cracking the shell. But despite those superficial similarities, the two couldn’t be different. But how? Let’s take a quick look.

Despite the fact that the word “nut” is in peanut, the peanut technically isn’t a nut at all! Peanuts fall under the category of “legume,” which is a French/Latin derived word meaning “bean” or “something that is picked.” Leg-umes are vegetables that grow not from trees, like apples, but from plants and bushes. In the case of some legumes, such as peanuts, they share similarities with other vegetable-types, like potatoes, which are known as tubers. Both peanuts and potatoes must be dug up because the part of the plant that is most edible to us grows un-derground. So in truth, one of the more well-known nuts actually has more in common with beans, peas, and potatoes than it does with the actual nuts it most closely superficially resembles. So if peanuts aren’t nuts, what does that make something like Louisiana pecans?

Like true nuts, Louisiana pecans grow from trees and are actually grown and harvested in the same way that fruit, like apples. In fact, nuts are technically classified as fruits, despite the fact that they have a hard shell that protects the edible portion inside. In this way, they are similar to coconuts which grow in tropical areas. Louisiana pecans, like some other nuts, is classified as a “drupe.” This means that the actual pecan that we’re interested in eating is encased not just in a hard shell, but that shell is encased in a dry, soft shell. This is a very well protected nut! It means that in addition to the stiffer, outer fruit, which people are not interested in eating, the harder shell inside acts an extra layer of armor for the seed, which is the part of the pecan people enjoy the most. Unlike other fruits, such as apples and cherries, the outer layer of the pecan fruit is not soft, juicy or fleshy, which is why it’s not generally saved and used for eating purposes the way the seed is. In this regard, pecans are the opposite of fleshy fruits, like pears, or peaches, where what we’re most interested in is the actual protective layer surrounding the seed, but the seed isn’t especially appealing. For pecans, it is the seed that is the most delicious and healthy part!