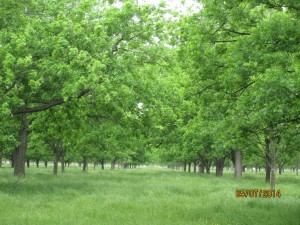 Pecan orchard in pecan bloom at Little Eva Plantation[/caption] Pecan trees produce two kinds of flowers. As a rule, the two types of flowers do not mature at the same time, so a tree usually cannot fertilize itself. So it is very important to match varieties in an orchard that can pollinate and fertilize each other. The catkins (male flowers) appear as long strings hanging from the limbs and release pollen. When the wind blows in gusts we have observed "yellow dust clouds" coming from the tree. [caption id="attachment_250" align="alignleft" width="300"] 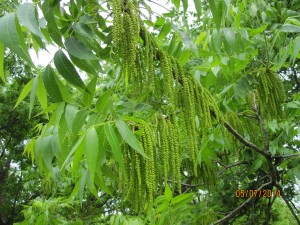 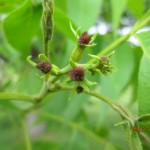 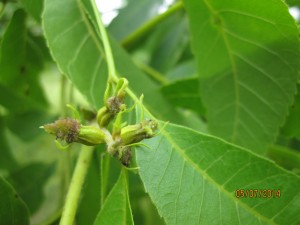