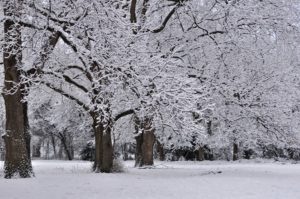 The pecan is not just an incredibly hardy, delicious nut; it’s an important piece of American history, and without it, neither the Native Americans that lived here before nor the colonists that came after would have had a valua-ble and tasty source of food. But even though Natchitoches Pecans is proud of our southern, Louisiana based pecans, this durable nut can grow in many more parts of the continent than just the south. Pecans can grow in the west in Mexico, and yes, they can even grow in the north, as far up as Canada!

It’s true that pecan nuts have had an easier time growing in the south, but there was, in fact, a strain of “northern nut” that was common to parts of the uppermost USA and even southern Canada! In fact, it was the First Nation tribes in the Ottawa and St. Lawrence river areas that first used pecan nuts as a ready source of nutrition during the winter months, since the nut could obviously be easily stored without rotting. However, as rapid expansion of western culture continued and tracts of land were cleared out in order to make way for more specific agriculture and farming such as wheat, many of those original northern pecan trees were lost. At that time, people simply didn’t care about losing a strain of pecan nut that could grow north because pecans could easily grow in the south.

There didn’t seem to be much necessity in trying to preserve that partic-ular species of pecan tree. However, back in 1979, some of those trees, thought lost forever, were found untouched in their natural state in southern Wisconsin! Since then, pecan growers have been working hard to preserve this particular tree and its distinct pecan nut, so that this time, everyone can enjoy the taste of northern pecan nuts!